Are you thinking about moving out of state with your children? 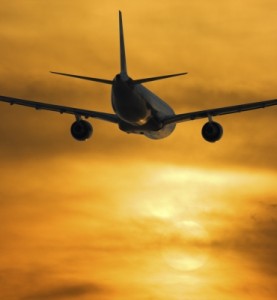 Making a decision to move out-of-state with your child, especially if it takes them further away from the other parent, is an especially difficult decision to make. There are a number of legal issues to consider, and I recommend that you consult with a lawyer to review your situation before you make any decisions, or begin the process of moving. Here is a brief overview of the legal issues typically involved with a move out-of-state.

Is there an existing child custody order in place?

If there is a child custody order in place currently, than you need to think long and hard about moving prior to seeking a modification of the existing custody order. If you move without modifying the custody order, then you almost certainly would be in violation of that order once you move, and would subject yourself to court imposed sanctions, including contempt, an order to return the child, and possibly paying costs or attorneys fees.

Some states, such as Florida, have a fairly detailed child relocation statute on their books. This statute explains exactly what you need to do from a legal standpoint, if you want to move out-of-state (i.e. relocate).

North Carolina, on the other hand, has no such statute. However, reviewing Florida’s statute can be illustrative in determining what steps you should take before you move. For example, under the Florida statute, you must ask the court’s permission before you relocate. If you relocate without seeking the court’s permission, then you will subject yourself to contempt charges, or you could be compelled to return the child.

Based on the model provided by Florida, and my own experience in the courts of North Carolina, I frequently advise clients to seek a court approved modification before they relocate to another state with the child.

What if there is no child custody order in place?

What this means is that even if you leave without a court order in place, then your spouse could properly file a court action in North Carolina and request that you bring the children back. In addition, you would be in a similar position as you were if there was a court order – the fact that the children had been living in North Carolina and you moved away with them could be held against you in the custody case.

So even if there is court order in place, my recommendation is still to file a child custody action and request an expedited hearing on the issue of whether you may relocate with the children. Assuming that the facts of your situation supports a move, then you are putting yourself in a better permission by asking the court’s permission to move than by having to seek forgiveness by moving prior to asking permission.

I recognize that the practicalities of your situation may not lend themselves to filing a court action before you move. Perhaps you were kicked out of the house and have nowhere else to go except for your family that lives out-of-state. Perhaps you received a job offer that asks you to relocate within a week or two.

Going to court is scary and expensive. This is one of the many reasons that I am a big advocate of collaborative law or mediation to resolve these issues. However, your spouse may not always be as reasonable as you are when it comes to resolving these conflicts.

Previous Post: « It’s that time of year again… Divorce and the Holidays
Next Post: What does it mean to provide Full Financial Disclosure? »