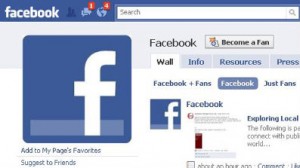 A recent news story on Fox reveals that increasing numbers of couples are claiming that online social networking sites such as Facebook are playing a contributing part in their divorce.  According to the story, this phenomena is hitting the hardest with 40 and 50 year old who are bored with their marriage and looking to reconnect with “high school sweethearts”.

I myself am guilty of using Facebook every so often to reconnect with past contacts and friends – and can easily see how someone that is completely bored with their marriage might use it to try and reconnect with an old flame.

The bigger concern that I have from a legal standpoint – and something that I most certainly am seeing on a more regular basis – is social networking sites being used against spouses in legal proceedings for alimony and child custody.  Especially in states like North Carolina, where adultery is used as a defense to the payment of alimony, or where a victim spouse can sue an unknowing boyfriend or girlfriend of the other spouse for alienation of affection or criminal conversation, I would certainly caution anyone contemplating divorce from putting their heart out there on a website.

Anything you put online is out there forever.  I would never advocate adultery, and believe very much in the sanctity of marriage, but if you are going to do it, do NOT do it online – especially in North Carolina!

Previous Post: « Your Spouse wants the house – What if you are the only one on the Mortgage?
Next Post: Texas Attorney General says Gay Couple can’t Divorce »