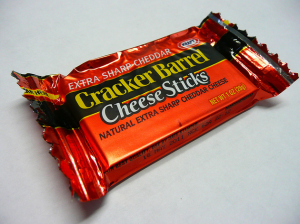 For some people, one of the hardest parts of divorce is telling your spouse that the marriage is over. I get people asking me about this all the time – how should they do it, when should they do it, is there a better and worse way to do this… Unfortunately, this is just one of the questions that I am unable to answer. I wish that there was a simple answer, and for some people, the decision is a mutual one. For me, those are the best cases because they typically lead to collaborative matters, which I really enjoy working on.

For others, such as a woman in Ohio, Cracker Barrel is a better place to tell your husband you are leaving him.  Apparently, this woman chose a crowded restaurant (not completely atypical, and generally a pretty safe choice) to let her husband know that the marriage was over. Unfortunately, this story did not have a happy ending. The Husband left the restaurant and circled the parking lot in his car before coming back in with a handgun and killing another woman and a girl. When he refused to surrender to police, they shot and killed him.

I think there are two things that we can take away from this story. First, telling your spouse that you are leaving them isn’t always a safe proposition. If you have any concerns that he or she may “flip” on you, you may want to consider leaving in secret or having a friend or even the police there when you leave. Nothing is more important than your safety, and there are services available to assist you with the transition.

Second, I am becoming more and more disturbed by the level of violence with handguns in this country. Time and time again, the people who say they need a handgun for their own safety are the ones that end up hurting others. In just the past several months, there has been the Trayvon Martin shooting, the story referenced above, and the tragedy in Chardon. I’m a firm believer (and many will hate me for this), that most people just really don’t need to own a gun. And certainly, you don’t need to have a concealed weapon on your person or in your car.

Previous Post: « Why am I a Family Law attorney? It’s all about relationships.
Next Post: Why a divorce assessment is such a great idea »