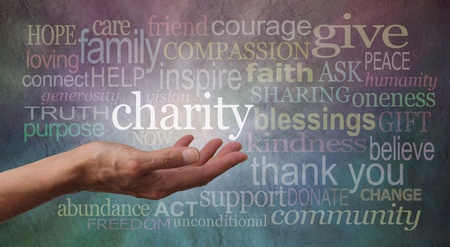 Unless you are living in a bunker somewhere, you probably know that there is a tax bill making its way through Congress as I write this. Earlier this weekend, Congress released the final version of the bill that will be voted on this week.

The current version will nearly double the standard deduction to approximately $12,000 for individuals (and $24,000 for couples).

The result? Many people will no longer need to itemize their deductions and a much higher segment of the US population will be taking the standard deduction.

However, as an added kicker, the deduction for state and local income and property taxes is limited to $10,000.

By combining the higher standard deduction with the cap on state and local taxes, more people will be less inclined to donate cash to charity (assuming their primary purpose is to receive a tax deduction – an assumption that I don’t necessarily agree with).

So if you read between the lines here, you will see that charitable giving is expected to drop significantly in 2018.

Under current tax rules, they could itemize all of these expenses and write-off $26,125 on their tax return. Assuming they are in the 25% marginal tax bracket, they would pay $1,000 less in taxes for their charitable contribution.

But what about next year? Let’s assume that their facts are exactly the same, except they are operating under a new set of tax rules that limit the state and local income and property tax deduction, but increases their standard deduction to $24,000. Since they can only deduct $10,000 of their state and local taxes, they can only itemize $21,000, not including their charitable contributions.

To make their charitable deduction matter, they would need to give at least $3,000 before they could receive the benefit of itemizing on their tax return.

The obvious outcome here is that our typical family would no longer itemize, and therefore will not give large cash donations to charity.

So what should you do to plan for this?

If you typically give a large amount of cash to charity each year, you may want to consider setting up a donor-advised fund in 2017 and front-load your charitable giving. You would still benefit from the charitable deduction this year but could manage the investments in the fund and direct where the donations will go in future years.

My Thoughts on Charitable Giving

Personally, as I referenced above, I don’t think people will stop giving completely. I have a garage full of stuff that we still need to take to charity before the end of the year. People won’t stop giving away their “stuff”, but I do think that cash donations will be more difficult to come by.

The real losers in this tax plan are the small charities that do great work and who depend on small cash contributions from individual donors each year – people who will no longer be able to deduct those contributions in future years because of the higher standard deduction and the cap on state and local property and income taxes.

Additional Resources on the Tax Plan

Here are some additional resources for you to review as you try to learn more about how this tax plan will affect you and your family.

The Tradeoffs of the Tax Reform Bill

What’s in the Final Tax Plan

And if you really want some light reading, here is the summary of the bill released by the Congressional Conference Committee.

You are NOT Invincible…
Next Post: Why Should You Hire an Elder Law Attorney?