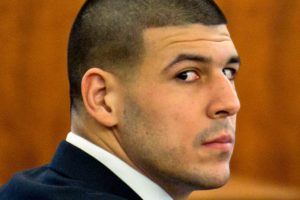 You may have thought that you heard the last of Aaron Hernandez after he committed suicide in his jail cell last week. But unfortunately, this tragic story might just be getting started.

The lawyers handling Aaron Hernandez’s Estate will have plenty of work to do in the coming months, with millions of dollars at stake.

Aaron Hernandez and Grievances with the New England Patriots

The first issue that must be settled are the contractual disputes that remain in play between Aaron Hernandez and the New England Patriots.

There are currently three pending grievances that must be resolved, two from the NFLPA on behalf of Hernandez, and one from the New England Patriots. These cases were put on hold until the criminal matters against Hernandez were resolved.

When Hernandez died, his criminal cases and any pending appeals were effectively concluded. So now those grievances can now move forward.

News reports indicate that these cases will be heard by an arbitrator in a non-public hearing. The outcome of those cases will depend in large part on the language that was contained in Hernandez’s contract, and how that arbitrator may interpret that language.

In the event that Hernandez’s estate is able to get some money back from the New England Patriots, it’s possible that cash won’t stay there very long.

That’s because of the wrongful death lawsuits that have been filed against Aaron Hernandez (and now his estate) by the families of Odin Lloyd, Daniel de Abreu, and Safiro Furtado.

All three of these families face a difficult task in recovering against Hernandez’s Estate as a result of a legal doctrine in Massachusetts called abatement ab initio which says that if someone dies before their criminal case is completed, then their conviction is overturned and they are deemed innocent under the law.

Why is this important? Because now Odin Lloyd’s family must reassemble all the evidence presented against Hernandez in his original murder trial and prove that he was responsible for Odin Lloyd’s death. This is a monumental task that will not be easy.

As for the families of Abreu and Furtado, they have an even more difficult task as Hernandez was acquitted for those murders several weeks ago.

The day after Hernandez died, his brain was sent to be studied for evidence of trauma as a result of Hernandez’s playing days in the NFL.

While there are a number of legal hurdles that must be overcome, Hernandez’s estate could sue the NFL as a result of the brain injuries that Hernandez may have suffered. The NFL reached a class action settlement that provided a $1 billion settlement fund to pay out claims for current and retired players over the next 65 years.

In addition, Hernandez’s estate could also sue the prison system for “negligent supervision” that resulted in his death. If successful on these claims, Hernandez’s heirs – his fiancé and his daughter, would receive funds that would be out of the reach of the creditors of Hernandez’s estate.

What’s Next for the Hernandez Estate?

As I mentioned at the beginning of this post, the lawyers surrounding the Hernandez Estate will have no shortage of work to do over the next several months.

From settling grievances with the NFL to defending wrongful death lawsuits, to bringing legal actions of their own, we will be hearing a lot about Aaron Hernandez in the coming months and years.

Don’t Ever Take Your Life for Granted
Next Post: A Day of Remembrance