You are here: Home / Marriage Annulment in North Carolina 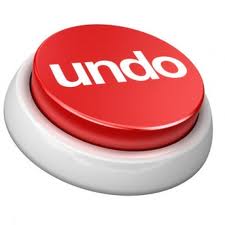 There are two big myths that I frequently get asked about when a potential client is interested in getting an annulment:

The answer to both of these questions is a resounding “No”. (However, there can be exceptions to number 2 when one party is impotent). Unfortunately, if you got married, moved in with someone, and then found out about all their nasty secrets that they kept hidden while you were dating and engaged, it doesn’t qualify you for an annulment. (A divorce from bed and board may be a possibility, however.)

Under what circumstances am I eligible for a Marriage Annulment in North Carolina?

Whether or not you are eligible for a marriage annulment in North Carolina is going to be governed by statute and case-law. There are only a few isolated instances when an annulment is allowed under North Carolina Law.

Getting Married to a family member

If you or your spouse was under the age of 16

Although for most legal purposes, you must be at least 18 to be considered an adult. However, if you are 16, you can get married. If either you or your spouse was under 16 when you got married, then you would qualify for an annulment.

If one of you is impotent

You may be eligible for an annulment if you or your spouse was impotent when you got married. However, you would need to have this condition diagnosed by a medical doctor.

Lack of Mental Capacity to get married

If a party to the marriage is “at the time incapable of contracting from want of will or understanding” than the marriage may be subject to annulment. A person can lack mental capacity if at the time of marriage they are unable to understand the “special nature of a contract of marriage, and the duties and responsibilities which it entails.” This could happen when someone is so intoxicated or mentally retarded that they are incapable of understanding what they did.

What is the effect of an annulment in North Carolina?

If you obtain an annulment, you marriage is “voided”. In other words, it’s as if it never happened. Your slate is wiped clean, so to say. A voidable marriage is different from a “void” marriage. The only instance in which your marriage is void is in the case of the bigamous marriage which was described above. If you enter into a bigamous marriage, you don’t technically need to get annulled, although it may be a good idea – just to save you heartache and potential confusion from a future spouse later on.

What do I do if I think I qualify for a marriage annulment in North Carolina?

The first think you should do is contact a divorce lawyer in your county to determine whether or not your interpretation of the law is correct. As I mentioned before, most divorce lawyers go their entire career without filing an annulment for a client – but it does happen from time to time.

If you live in Wake County, you may contact our Cary office at (919) 460-5422 to schedule a consultation, or fill out our online contact form and a representative of our office will be in touch.