George Zimmerman Divorce – What if it happened in NC? 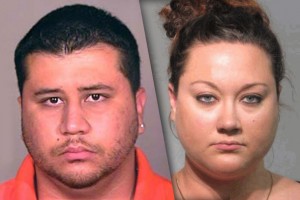 I realized that the George Zimmerman Divorce is no longer new news, (his wife file last month), but because I am licensed in both North Carolina and Florida, from time to time I like to take a look at these celebrity cases and compare and contrast how this case would play out if it were filed here in North Carolina versus being filed in Florida. According to the Orlando Sentinel, Ms. Zimmerman is requesting custody of their dogs and an equitable distribution of their property. Unlike North Carolina, in Florida there is no separation period to file for divorce. The person filing must only allege that the marriage is “irretrievable broken” which Ms. Zimmerman did.  (There is also a residency requirement, just like in North Carolina).  So even though they had only been separated for a month, Ms. Zimmerman was well within her rights to file for divorce.

In Florida, however, the Zimmerman’s marriage would be considered a “short-term” marriage, and Ms. Zimmerman is going to face an uphill battle in recovering alimony from her husband.  Whether or not she is entitled to “temporary alimony”, which is Florida’s equivalent of post-separation support, remains to be seen.

In all likelihood, this is a case that will resolve itself in mediation, which is required in Florida before you go to before a judge in family court.

Had the Zimmerman’s lived in North Carolina, they would probably be working on a Separation Agreement right now. Because they separated in August, they would not be able to file for divorce until next August, after they have waited out the one-year separation period.

Previous Post: « Taxes and Divorce in North Carolina – 5 Things you need to know
Next Post: The Best Legal Advice I Ever Gave a Divorce Client »